Jack’s Greatest Ever Party in Tucman is the part of the Gentleman Jack’s Barber Shop, a project which has launched in 2015. to offer a unique place where everyone can enjoy a variety of content – barbershop, vintage shows, good music and Gentleman Jack’s whiskey. The event has a humanitarian character because all the collected donations will be paid in favor of Movember action, which is held every year in November, when men putting mustaches stimulate public awareness on prostatecancer. Except  Koko -Jean Davis, this great band consists of Adrià Gual on rhythm guitar, Daniel Segura on bass, Albert Greenlight on lead guitar, Jose Luis Garrido on drums, Nico Rodríguez Jauregui on baritone sax and Jordi Blanch on tenor saxophone. The group was founded in 2010 in Barcelona, ​​and very quickly won Spain and then the rest of Europe its soul and r’n’b sound and exciting live performances. Its concert and music reminiscent of Etta James, Ike and Tina Turner, James Brown’s early years or Sugar Pie De Santo and wowed the crowd in Tucman where Jack’s Greatest Ever Party was held.

PREVIOUS EVENT | MORE PROJECTS | NEXT EVENT BACK TO TOP 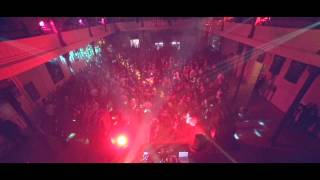 PHOTOS
Candy, refreshment or a way of life. We have made our choice, now it's time for you to do the same. Surf our site, get to know us and contact us... Pepermint...